Zomberry Island is the 32nd island on Poptropica. One by one, the citizens of Eastman are getting mutated into something horrible. Now, the city is quarantined, the survivors are trapped, and ghouls prowl the streets. No one knows how the zombie outbreak began... but how it ends is up to you! It takes place in a city known as Eastman,featuring characters mutated into creatures known as "Zomberries". 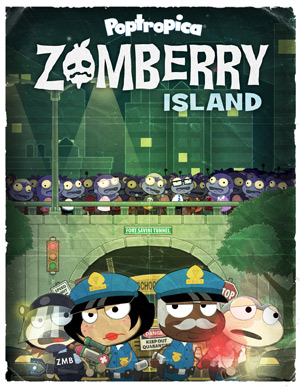 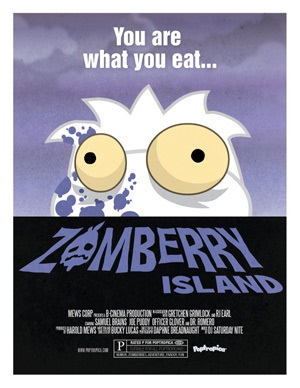 Zomberry Island became quite a popular island before it's release in 2012. Poptropica released two promotional posters(most islands would only have one), both written in a theatrical movie poster style, along with desktop wallpaper. Like all other islands, a trailer was released for Zomberry Island. The storyline was probably created due to the popularity of horror movies featuring undead creatures. However, Zomberry Island is more comical, and probably meant as a spoof.