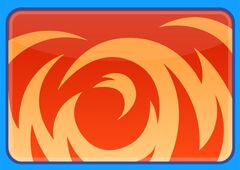 The Wildfire is one of the eight tribes that competes every 100 years in the Poptropolis Games. You can select to be in this tribe, or 7 other tribes.

The Wildfire symbol is a red logo with orange fire-like designs.

The Wildfire Common Room is a common room for members of the tribe, Wildfire. It's theme is a furnace with pipes connecting steam. At the top is a large robotic phoenix/dragon. If you play the organ underneath it, music notes will shoot out of the steam pipes attached to it's wings. When you click the other steam-powered phoenixes, they shoot out steam. 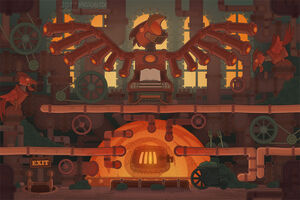