The Order of Mordred 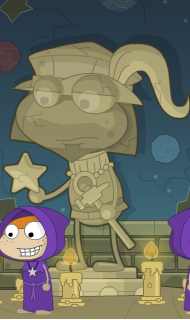 The Order of Mordred was medieval order of an unknown religion which believed Mordred would return.

Elyana, who was interested in Mordred's advanced technology, helped to create the Order in case he returned. They met underground and discussed what would happen if he ever did return. Eventually, Mordred, as the Binary Bard, invaded the Kingdom of Arturus and kidnapped the princess. The order still met until a Poptropican found the password and entered the headquarters. Later the Binary Bard was defeated and the orb was restored, causing the order to lose all faith in Mordred. They now follow the Princess.