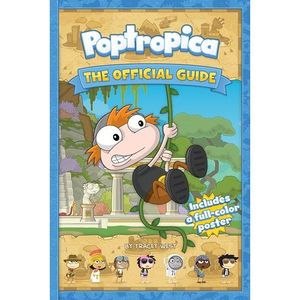 The Poptropica: The Official Guide is a paperback guide to Poptropica's first 18 Islands. The book was written by Tracey West and was released on October 13, 2011.

The book contains fully fledged walkthrough guides to each of the first eighteen island (Early Poptropica to Wimpy Wonderland), as well as a section in the back with some behind the scenes information, and a pullout map of the islands that contain walktrhoughs in the book.