Mystery Train is the 21st island released on Poptropica, released for members on September 9, 2011 and for non-members on October 7, 2011.

From the Trailer[edit | edit source]

On the App[edit | edit source] 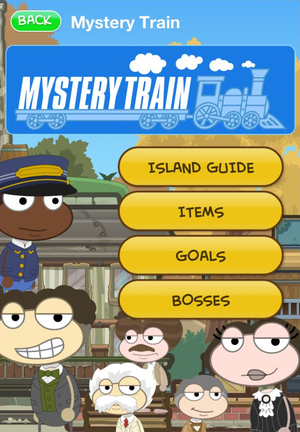 Mystery Train is part of the Poptropica App, and is purchasable for 99¢.