Back Lot Island is the 34th island released on Poptropica, being released for members on April 4, 2013 and for non-members on April 25, 2013. In it, you help a film director create and direct his new film to finally get out of hiding. 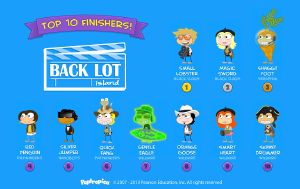 The common room in this island is the Celebrity Wax Museum.